From Waterloo to Woolloomooloo and everywhere in between

16th Oct 2011 - 4th Nov 2011 The alarm goes off at 5.30am and one of us are awake. If its my morning for work I'm up and tip toeing about showering, making breaky, and creeping about in the dark, if it's Shannon's morning for work all lights are on and I'm up making his froot loops. For the first few weeks we walked to work, it was a long walk which took over half and hour. But it was straight down Bourke Street the whole entire way so not too hard. However by week 3 I found a bike for sale at someone's house so I bought it for the bargain price of $45 (2nd hand bikes average $100+) the very next day Shan spotted a bike for sale on his way to work, turned out it was same guy selling so I bought that for Shan his was only $40!! wondering if it looks a it suspicious though a random guy selling bikes everyday. Anyway so we are happy as it's cut our time to work in half. Some streets in Sydney and Bourke Street for one, has a cycle lane so it makes it safe and easy for us to cycle.

We pass the old 19th century terraced houses which line the streets except for the few new glass apartments creeping up. There is a lot of homeless people in Sydney though more than I've ever seen, even the pigeons are hungry, they don't even flap out the way when we cycle past, but saying that theres a homeless guy who sits outside our hotel and he says he makes up to $100 a day! And we were shocked to see one homeless guy wrapped in blankets sitting on side of road throw his pizza crust onto the road- he obviously makes enough money he doesn't need to eat the whole thing, cause god if I was starving I'd even be eating my toe nails! Talking of birds- it's like someone's opened a bird cage at a zoo and let them fly away. There are hundreds of cockatoos flying and squawking all over the place (cockatoos are from new Zealand/Australia hence why they are not locked up) and wow the bats- now in the UK a bat is a small black creature you hardly see, hangs upside down at night etc- here bats are like flying dogs! They are ginormous! And there are flocks of them, and they are called Flying Foxes.

So we take the road all the way to work, we leave Waterloo and by pass Surry Hills the next suburb, we then come to Oxford Street (not like London) , the bars are still open, music blaring, with drunks pouring out at 6.30am- there are a lot of 24 hour pubs too, there's rubbish from fast food and pie shops. We then come to Kings Cross, the red light district- we have seen hookers walking home and even coming near Shannon trying to talk to him, the good thing about kings cross, you see the harbour bridge poking through the buildings. We have been parallel to the high rise buildings of the CBD all the way down but it puts a smile on our face to see the harbour bridge. Arriving at work we get our laundered uniform, set up desk and luggage cages. Watch for guest checking out, take bags, take them to taxi or collect their valeted car. Hope for a tip, and then start again. Get a bacon and egg roll from Harry cafe de Wheels (very famous/top thing to do in Sydney-pie van been around since 1945), keep checking guests out and getting their cars, maybe bringing bags down from their rooms. Then guests start arriving in taxis and we greet them, take their bags up to room, show them features of hotel and room, hope for a tip. Then it's lunch time, free food in the cafeteria, good choice but not great food. Then stand for a few more hours and wish the hours away. Have stupid colleagues ask monotonous questions about ourselves, when we can't be bothered to answer and definitely don't want to hear their boring stories. Saying that, some colleagues are lovely and we get on well with them.

So it's 3.30 and our day is finished, the next shift starts and that's probably where the other one of us starts. Shift swap over and briefings happen and more taxi and cars to be valeted arrive. Drive many cars, we have numerous mercedes, BMW, and Shans favourite (earning a rare Facebook status) a Ferrari f430, Aston Martin vantage, Porsche carrera s and an Audi rs6. We had been on opposite shifts since starting and it was annoying as we didn't get to see each other, in fact I seen Brian McFadden than I did of Shan. Brian likes to be seen, he has bought a ferrari and drives the 20 metres from his apartment to the restaurant across the road from hotel. One day he ate breakfast, lunch and dinner there. He is annoying. He is joined sometimes by Kyle Sandilands who is a radio presenter, previously been judge on x factor and we have watched him on Australia's Got Talent this year. I escorted Elle Macpherson to her friends room, I said hi and asked how her day was, she said fine and flicked through her blackberry the whole way. Now obviously everyone thinks Elle is beautiful after all she is a supermodel, but when I seen her with no make up and not airbrushed, I was shocked. My mum is a year older than Elle but least she can get away with no make up. My mum may not be a supermodel but to me she is super! The man who wrote 'you raise me up' is also staying at the hotel, no one knew, but I got chatting to him and he mentioned someone on dancing with the stars danced to one of his songs so we googled him. I'm rather excited by that, (even though it's sad westlife have just announced they are splitting) the guy has wrote winning songs for the Eurovision and is a novelist too.

We are continuing to get good tips and Shan is winning. One guy gave him $50 tip to park his car and when he returned he gave him another $50!!!

So we finally got rostered days off together and shifts together or overlapping shifts (early and mid shifts), it's been fun working together and trying to be professional. We received a voucher for a seafood restaurant from our manager as a thank you, because we are doing so well and everyone's pleased with our work. We also have got free leftover food from the Indian restaurant on the wharf (which is top notch, expensive place)

The Qantas strike and grounding of the flights gave us a busy day at work with guests stranded and new arrivals not turning up. Also it's been Halloween time again. I love dressing up but as we are a bit old for it now and Shan would be having none of it, we had a quiet night in with balloons which we decorated as pumpkins, false faces, vampire teeth and Halloween biscuits. I also thought we could go 'dooking for apples' (ducking) but that was one step too far. We did watch a few episodes of True Blood though to get us in the spirit.

The first of November brought the city together to be glued to tv screens watching the Melbourne Cup. We had to work which we now regret but we placed our bets and I done a sweep stake at work. Blue held an event and we got to watch the action on giant screens, 'Dunaden' won the race by less than a hairs width and we were up $46!! 'Lucas Cranach' came third giving me a win on my sweep stake too!! Was a good day, and very busy at work. X factor finalists 2010 Mahogany played live and the event was hosted by Australia's next top model presenter and model Charlotte Dawson. So we have now been getting days off together and making the most of it by doing exactly what we have done at every other opportunity- we have drank beer- Scruffy Murphy's, ate at restaurants from around the world- Mexican, Thai, Portuguese, Italian and even managed to fit in a whole kilo of steak!!! $20 special for 1 kilo of steak- clear the plate and get your money back! I (obviously) didn't manage but Shannon sure did!! But he was full for the next 24 hours! I mean a kilo- the thing was huge! Made another expensive trip to Hard Rock Cafe which was yum, so been there, done that, bought the t-shirt- well not quite- but Shan did treat himself to a Hard Rock Schooner glass. We have ate more popcorn than recommended- we watched 'Contagion' (Kate Winslet, Gwyneth Paltrow, Matt Damon) was very interesting, watched the man himself Hugh Jackman in 'Real Steal', very good and also watched the new Justin Timberlake film 'In Time' (JT annoying and rubbish- film really good). We have been to Paddy's Market, I bought trainers, work shoes and treated myself to a massage. We found time to visit the PowerHouse museum which had everything from playing with electricity to the first flying doctor aircraft, and trains to space ships. We have been out and about riding our bikes, we've cycled to Potts Point and looked at potential camper vans for next year, we have been to Bondi Junction and Centennial Park, we visited St Mary's Cathedral- Australia's largest cathedral and one of Sydney's most treasured historic buildings, and one of the finest examples of English-styled gothic churches in the world (their words not ours). 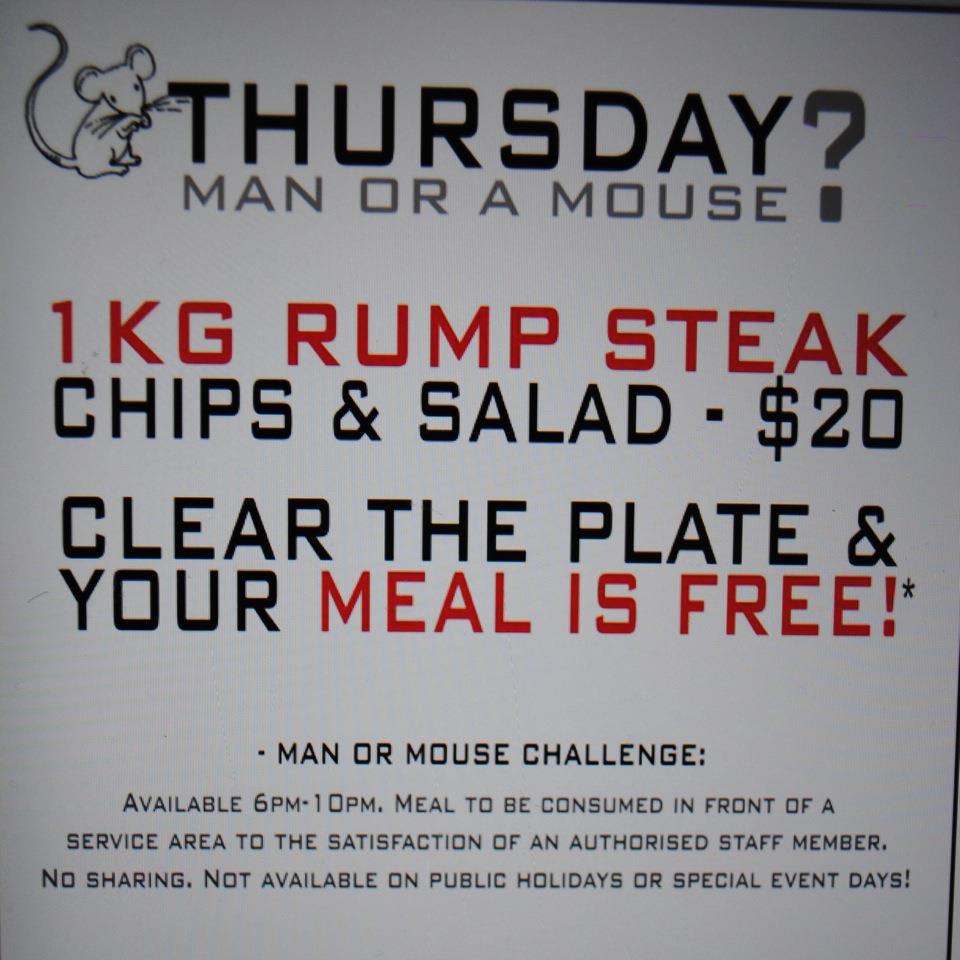 We went to Mrs Macquarie's Chair one day after work, as it's near by. It's in the botanical gardens and is named so after Mrs Macquarie who was the wife of Major-General Lachlan Macquarie, Governor of New South Wales from 1810 to 1821. Folklore has it that she used to sit on the rock and watch for ships from Britain sailing into the harbour. She was known to visit the area and sit enjoying the panoramic views of the harbour, the rock was carved out by convicts. And indeed there is great panoramic views, the best in Sydney. We were lucky enough to catch two cruise ships leaving the harbour (I was jealous and can't wait to go on a cruise again). We were like tourists sitting on the rock with expensive ice creams watching the ships and yachts sail past the two ultimate views on the harbour.

Shan had his hair cut by an old Greek man who didn't listen to Shans request. He got the scissors out, hair parted in side shed and got to work. Old barber shop style. Shan had the full works shaving foam and very neat razor. Good job done though. Firstly don't fret parents- but Sydney is not cracked up to what we thought it would be. We have nice normal guests paying over $300 a night to stay at the hotel which also lets prostitutes stay the night, porn stars shoot a movie in the best suites and gangland drug lords have their cars valeted. The streets aren't safe at night due to drunks and homeless people. People of Sydney haven't got common sense, they all seem (and probably are) on drugs, are rude and not friendly. I have a strong urge to return to Guernsey one day just to be surrounded by normal people. (Or even scotland so people understand me)

Sydney | So Much To Explore