Planes Don't Just Drop Out Of The Sky

As cabin crew it is very common to have passengers come onboard that are sacred of flying in varying degrees.

The fear of flying may be created by various phobias and fears the most notable being;

- Not being in control

- Fear of closed in spaces (claustrophobia)

- Fear of vomiting, where a person will be afraid that they'll have motion sickness on board

- Fear of having panic attacks, in a place they can't escape from and being embarrassed by it (agoraphobia)

- Fear of hijacking or terrorism

I am not an expert and I am not trained in specifics, but this post is here to help those of you scared of flying by gaining more knowledge of why you are scared and how not to be. Below are some things I try to explain to nervous passengers onboard my flights.

It is completely normal to feel afraid/nervous/ scared, you are indeed in a metal tube thousands of feet from the ground but you have to put your trust in the pilots skills and knowledge and cabin crews experience. In fact you will not be alone, as many as 20% of people experience some degree of fear when it comes to boarding a plane.

Sometimes it is hard to distinguish a passenger who is scared as it can be passed off as being in stressful conditions such as baggage discrepancy at check-in or long lines at security. Don't conceal it, tell the ground staff when you check-in and also the cabin crew when you board, it is also helpful if you inform the random passenger you are seated beside as they can all help. There is nothing to be embarrassed about, and what you need is support.

Getting to know your flight crew can put you at ease, see them dressed in their uniforms doing their jobs and see their relaxed, happy faces. Cabin crew are put through weeks of intense training where they learn first aid, fire fighting skills emergency scenarios as well as customer service (yes the 'tea, coffee'? part). Also be assured that pilots have been through rigorous exams and have received special training, of which is re-assessed every 6 months. Your pilots will have several hundred hours of experience in the air. If you practice having faith in these people, and understand that they have your best interests in mind and are competent, then you'll feel better about the trip. 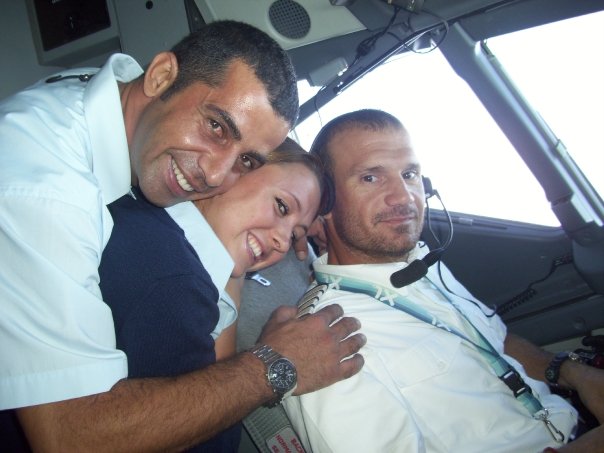 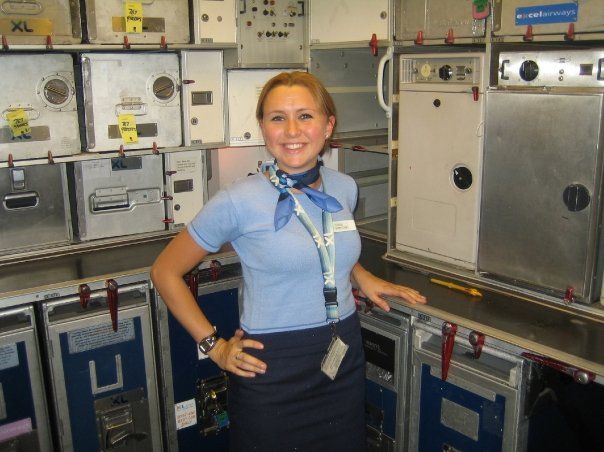 A note for all, you will increase your chance of survival by watching and listening to the cabin crews safety demonstration, check where the exits are, how to undo your seatbelt, where is the drop down oxygen, how to brace for impact, who is near you that you can help or that can help you. 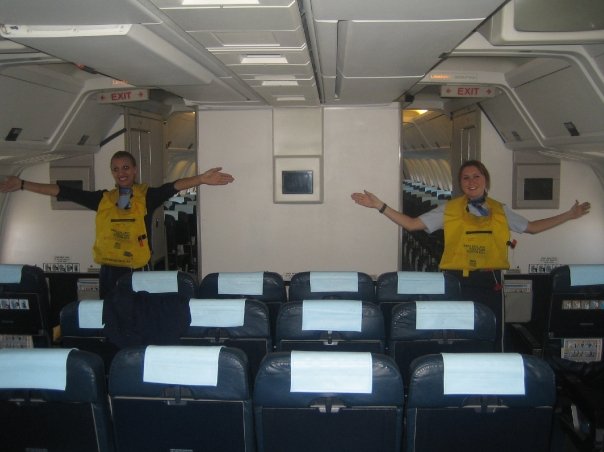 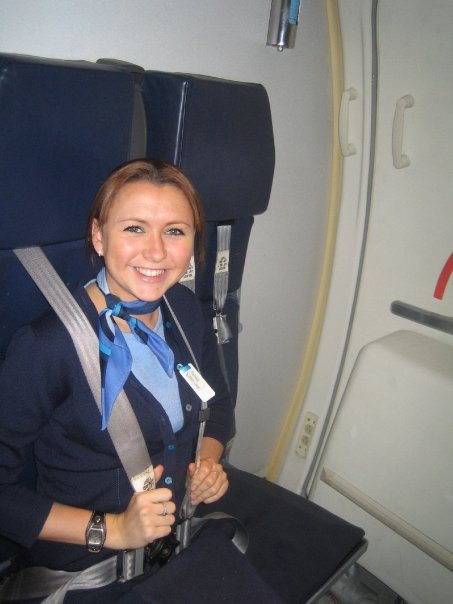 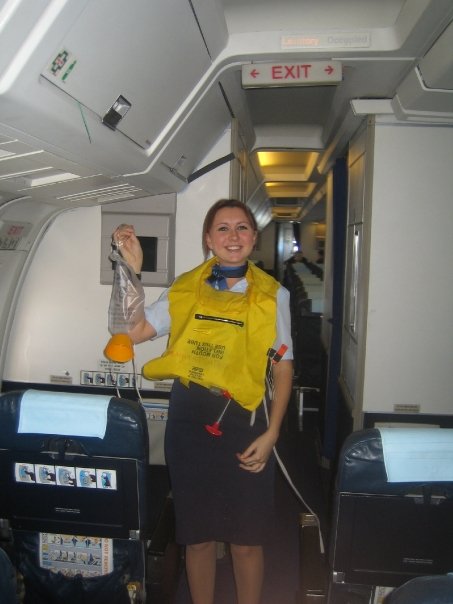 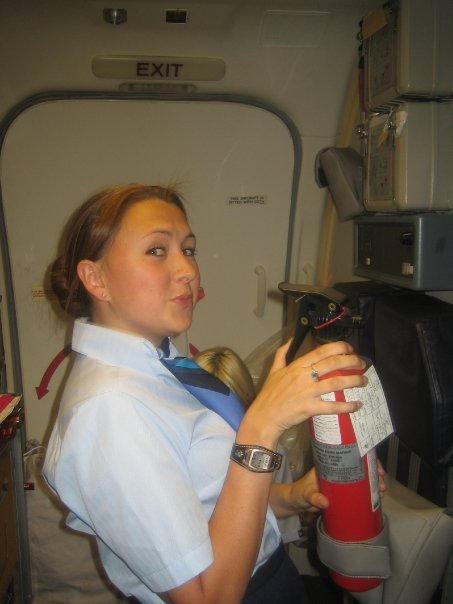 In a non-phobic person, the arousal caused by the release of stress hormones results in a sense of curiosity, not a sense of emergency. Phobic response is significantly different. The phobic person equates arousal with fear and danger.

Below is a list of reasons why the nervous flyer can try put their fears to bed.

The most common reason for the fear of flying is the plane crashing but there is a 0.00001% of that happening.

A fear of heights is a also a big issue but the plane does have to get off the ground and fly to make it to its destination therefore you will be travelling at a great height. The higher the better though as lower amount of fuel is required at higher altitudes. Flying thousands of feet above the ground also means aircraft avoid much of the bad weather people on the ground are subjected to.

Many people who are scared of flying are scared because they feel that they are not in control. Many people experience anxiety because of perceived control (or lack thereof) over a stressful situation. It is the opposite when driving a car, you are in the driving seat and in control, but up in the sky someone else is driving. Try taking your mind off the situation by distracting yourself with a magazine or book or listen to music.

The fear of falling is related to the fear of heights, I can't say much on this except planes don't just fall from the sky. If in flight you feel the aircraft 'falling' it will just be that sensation, in reality the aircraft could be changing direction. In turbulence when the aircraft hits an air pocket it can feel like its dropped hundreds of feet when it will only have been 10 feet. (I was working as cabin crew on long haul many years ago now and the plane did in fact drop around one hundred feet, there were no injuries due to everyone being strapped in, the end result, the pilots done what they needed to, there wasn't ever an option of the plane continuing to fall).

Weather is another issue which makes even the un-nervy feel a little panicked. Weather could be turbulence, thunder storms or even fog (which we get a lot of in the Channel Islands). From a little jolt to feeling like you are on the big dipper turbulence is a routine event when it comes to flying. Turbulence comes from jet streams (strong wind), wake turbulence (another plane passing by), cloud cover and stormy skies. Planes pass through turbulence all day, every day, and how often have you heard of an airplane actually crashing because of it? It just doesn't happen, the pilots have multiple radars and controls which they will first try avoid the turbulence or will notify the cabin by switching the seat belt sign on, therefore my biggest tip is to ALWAYS wear your seatbelt, turbulence could come as a surprise to the pilots too. Always just remember that turbulence is almost as never as bad as you think! Just relate turbulence to the sea being a little choppy whilst on a boat, or when you are driving and you go over a speed bump or bumpy road. Aircrafts are designed and tested to go way beyond what we normally expect from turbulence , planes are built to stay in the air. Have a watch of the extreme tests planes go through here . There are several severe turbulence incidents each year that get reported in the news. And inevitably, a handful of people get hurt. But if you have your seatbelt on, you'll be fine. The injuries come from hitting heads on the ceiling or being thrown around in the aisle. If you're seated with your belt on, it's like a roller coaster ride and nothing worse. I mention fog as in these scenarios it may be the case the pilots decide to abort the landing due to the poor visibility, this will happen last minute and the sensation of thinking you are about to land then being pinned to your seat again as the aircraft 'goes around' can feel odd and can cause panic, this scenario is perfectly fine though, just remain seated and await information from the flight crew, remember pilots have been trained in these scenarios!

Expect movements and sensations during the flight. Unusual movements also contribute to fear of flying. It's believed that around 73% of people who are afraid of flying fear mechanical problems that can occur during a flight. You may ask yourself "Why is the plane doing that? Is that normal?" Instead of wondering you should learn some of the basic movements the aircraft will do so you know how the plane works. There are four forces are at work to get the plane to fly: gravity, drag, lift, and thrust, and remember in the extremely unlikely event that something goes wrong with one of the plane's engines, the plane will function just fine with its remaining engines. Have a look here on WikiHow which helps understand movement. You may also not like the whistles, bumps, squeaks and clunks that you hear during a normal flight. The unusual noises are to be expected though and nothing to worry about the plane needs to reach a certain speed so that it can take off. That's why you may feel like the plane is going so fast. Once the plane lifts off the ground, you won't notice the aircraft's speed so much. Your ears might pop when the plane moves up or down because of a change in air pressure. and certain parts of the wing are supposed to move during the flight.

For those that suffer from claustrophobia, the fear of being in closed spaces an aircraft cabin can be detrimental. My tips would be to get to the airport early, giving yourself plenty of time. You want to be relaxed, not stressed, arrive at the gate on time but board last. Again as with the rest of the fears, inform the cabin crew, ask to be seated in an aisle seat or in a quieter part of the cabin. Once seated try to be as relaxed as possible, take off your shoes, walk around (please try not to get in the cabin crews way though). You may feel like alcohol will help but actually it can increase your stress levels.

Some people also have a fear of vomiting, where they are afraid that they'll have motion sickness on board, or encounter someone having motion sickness and have no control over it (such as escaping it). To calm yourself either meditate or if you must use medication that inform the doctor who can prescribe Diazepam.

If you fear of having panic attacks in certain places, where escape would be difficult and/or embarrassing then listen to your favourite music or distract yourself with laptop, book or magazine.

A new and growing fear is that of hijacking or terrorism. But please note that the Bureau of Transportation Statistics has found there’s roughly one terrorist incident per 16,553,385 departures. You’re more likely to be eaten by a shark.

*After the escalator, flying is the safest mode of transportation.

*There are 10,000 aircraft in the sky right now carrying between 1-2 million people.

*In 2016 while more than 3 billion people flew safely on 36.4 million flights, there were 81 aviation accidents, according to the International Air Transport Association (IATA).

* In absolute numbers, driving is more dangerous, with more than 5 million accidents compared to 20 accidents in flying. Your chances of being killed in an automobile accident are 1 in 5000

How to combat your fear of flying?

Try relaxing exercises to relieve anxiety. Integrate anxiety-reducing exercises into your everyday life. When you practice these exercises when you are not anxious, you will have tools ready to help you when you are anxious. Then you will feel more able to gain control and calm yourself. Try yoga or meditation to reduce anxiety in your life

Before and during flight try relaxing your muscles. Start with noticing what muscle group is tight or stiff. Shoulders are a good example. Often when we are nervous or anxious, we move our shoulders up toward our neck and tighten those muscles, Take a deep breath and let your shoulders sink. Feel the muscles relax. Now try this with other muscle groups such as your face or your legs

Take a fear of flying course

Avoid reading too much about plane crashes. If you want to stay calm on the subject, don’t obsess over plane crashes that are reported in the news. These stories will not make you feel better. Instead they will only add to your anxiety about an unlikely event occurring.

Do I ever get scared? I have been flying for 10 years and I will say yes I have found myself alarmed a few times, but only a few times, sometimes fear can just be irrational, you know nothing will go wrong but your mind plays games with you.

Get Your Aviation Geek On At The National Museum Of Flight